If you send a letter to a company asking for a revolutionary product, you might have low expectations for any response. In 2012, Matthew Walzer, then a 16 year old with cerebral palsy, was in that very situation when he penned an open letter to Nike asking for a more accessible line of shoes. In it, he expressed difficulty in tying his own shoes despite being able to dress himself. He also described how much of a fan he was of Nike and how their high top sneakers more comfortably supported his ankles than orthopedic braces. What started as a humble request spun into Walzer working side by side with Nike designer Tobie Hatfield to create a revolutionary sneaker, accessible for all.

A Time for Innovation

Walzer’s impassioned letter to Nike came at an opportune time for the shoe brand. Previously, Hatfield, Nike Sr. Director of Athlete Innovation, invented a makeshift sneaker option for Jeff Johnson, Nike’s first employee, who was recovering from a stroke and unable to articulate his right hand. Using two pieces of Velcro, he developed a working solution that would do for everyday wear but not for athletic uses. In the years following, Hatfield worked with orthopedic and prosthetic company Össur to create a flexible sole platform shoe, the Nike Free.

At the time of Walzer’s request, Hatfield had been working with Special Olympians on the same problems and reached out to Walzer to develop a prototype specific for his use. Much to Walzer’s surprise, he became an inspiration for Hatfield, spurring the creation of accessible sneakers.

Later in 2012, Hatfield sent Walzer customized shoes for testing that improved on the Jeff Johnson model. Over the next three years, Walzer and his team worked on a new entry point system that allowed the use of only one hand. Looking to other Nike releases, and Walzer’s favorite basketball player, Lebron James, a number of solutions involving no laces, Velcro and cable dials were trialed. After three years of testing, Hatfield and his team settled on a wrap-around zipper solution now known as FLYEASE. 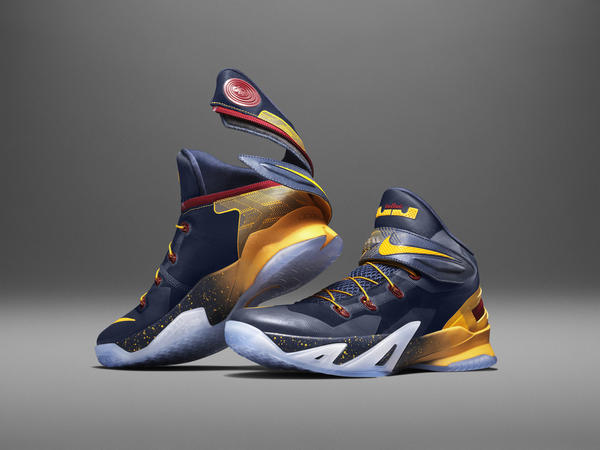 In July 2015, Nike unveiled the LeBron Soldier 8 FLYEASE featuring a tunnel system that allows the foot to be inserted while internal cords, paired with a zipper, wrap around the ankle and eliminate the need for laces. While not perfect, the first release is important and groundbreaking to bring to the masses. Walzer is now a sophomore at Florida Gulf Coast University and was able to meet LeBron James through the collaboration.

The great thing about this shoe is whether you’re able body, disabled, have cerebral palsy or Parkinson’s, anyone can wear this shoe and do anything with it