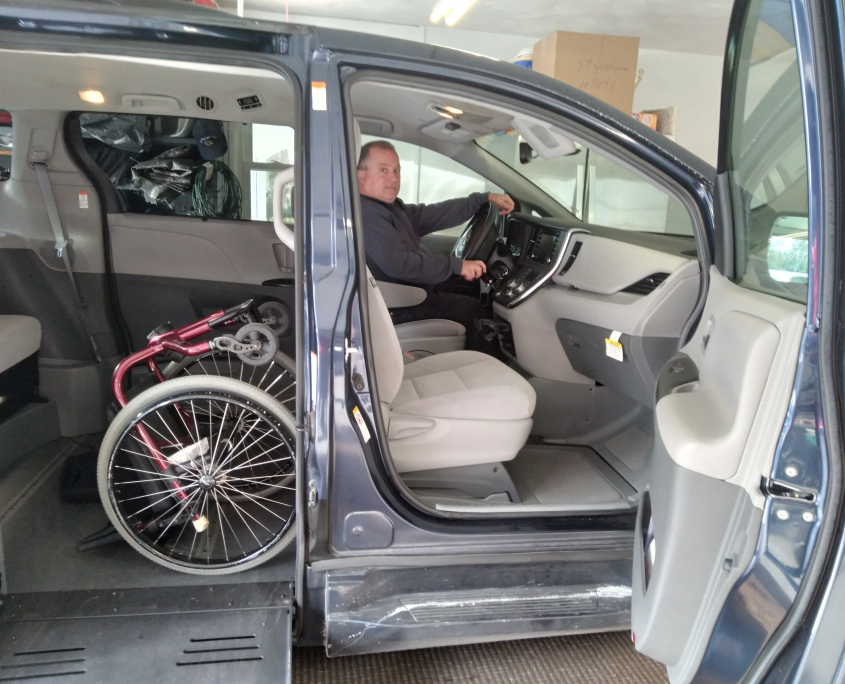 This story begins back in the days of car-toppers and bench seats. Remember those? Long before lowered floor minivans and ramp equipped SUVs became the norm—actually, long before minivans and SUVs were even invented—these were a few of the things disabled drivers considered when looking at vehicles to get them on the road. Sure, full sized, lift equipped vans with overstuffed captain’s chairs were around but even back then, in the 1970s and 1980s, vans weren’t the only solution for passengers or drivers.

In February 1977, at age 9, Steve Killilea contracted Encephalitis, a blood plasma virus that came with flu-like symptoms. His right side was affected more than his left, he was diagnosed a quadriplegic, and he finished third grade rehabbing in a Boston hospital. Steve doesn’t remember much about family vehicles from when he was young because, as a passenger even into high school, cars didn’t much matter, it was about school, friends, family, and being active.

But his attitude changed when, after graduating high school and enrolling at University of Massachusetts – Boston, the family realized he needed a car to get back and forth to school. Enter his first vehicle, a hand-me-down-from-Dad, a “top of the line” 1982 Ford Thunderbird. The two-door coupe came with plenty of room to transfer and, yes, he equipped it with a car-topper to secure and stow his folding everyday wheelchair.

Then it was a black Oldsmobile Cutlass, another hand-me-down from his Dad, and this car had both bench seats and a car topper. Steve figured out systems to transfer in and out, load and unload his everyday chair, and also to transport his wheelchair rugby chair to and from weekly practices. Steve was one of the original members of the USQRA’s NEPVA (Boston) Pitbulls and it was there, by watching and learning from teammates, he learned that instead of using a car topper, he could transfer in and out and handle his chair by himself. Soon his car transfers became faster and more efficient. 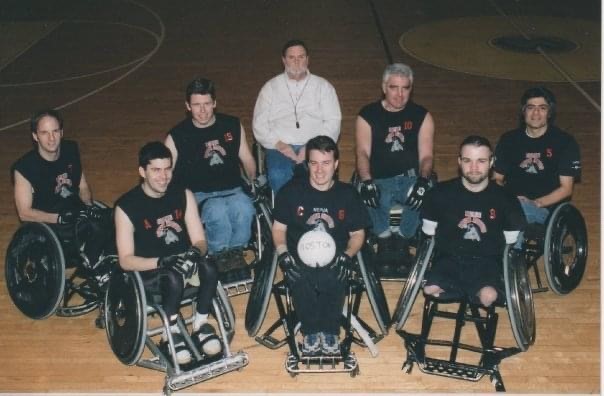 “The rugby guys knew all the ins and outs of chairs and vehicles, so I followed,” Steve, now 52, recalls with a laugh. I’d see them do it, say to myself ‘oh, that looks easy’ and learn a new way.”

By the time Steve could afford to purchase his own car, a roomy Pontiac Bonneville, he left the car-topper behind. He’d transfer in and out either from the passenger side (using the bench seating to slide across while pulling alongside him his still assembled manual chair) or on the driver’s side (disassembling his manual chair and pulling the wheels and frame across his body for front and back seat storage). If his job or rugby required multiple chairs, he had systems to make it all work.

Time flies whether we like it or not. Steve Killilea has worked full-time since graduating college and is now in his 28th year working for the Boston VA Healthcare System. He began in prosthetics and transferred to fiscal where he now works as an accounting tech. He has worked in three different Boston locations and has parked everywhere from narrow back alleys and exposed outdoor lots to newly striped parking decks.

But age and overuse eventually catch up with decades of being active and by 2011, Steve had begun thinking about making the transition to a minivan.

“A combination of things were beginning to happen. It was the shoulders first and foremost,” Steve shares. “And I was getting older, and I was getting more and more tired, and then there was the weather, too. The heat and humidity sometimes made transfers difficult and so did the cold and snow. I began to count the times I’d start a transfer then sit right back down knowing it just wasn’t going to happen. It wasn’t always fun.”

He continues, “I had already begun thinking about a van but I knew I wasn’t there yet. I still loved driving the car and I wasn’t sure a van would give me the same ride. I worried about parking. I knew vans are expensive and there’d be sticker shock. And then there was the whole ramp angle issue. I wasn’t sure I’d be able to push up some of the steep ramps I had seen.”

So, Steve bought a Honda Accord and drove it for nearly a decade, all the time keeping the thought of a van in the back of his mind, saving as best as he could, and weighing the costs and benefits of the tradeoff. He and his wife, Kathy, made the Accord work (she would often help disassemble and stow his chair early in the morning as he left their suburban Framingham home on the way into the city to be at his desk by 6:30 AM).

“I wasn’t ready before, I wanted that last car,” Steve recalls. “But a few years ago, I knew I was ready.”

In 2018 Steve drove to the North Attleboro, MA, Mobility Works dealership to learn about van options. Making it clear he wasn’t there to buy, he asked open and honest questions and listened to explanations related to make, model, options, conversions, and so much more. He weighed buying new versus used. He explained his disability (Steve uses right hand controls since his injury is asymmetric) and learned about what modifications would be required. And he reached back out to his rugby network, asking friends from around the country about their vehicles, their modifications, and their levels of satisfaction. Much like his peers first educated him years earlier, he again gained confidence from their guidance.

When a low mileage, 2019 Toyota Sienna with a Braunability conversion became available (a trade-in from a veteran), Steve was ready. He purchased the vehicle outright and worked with Mobility Works on installing right hand controls, a 6-way seat base, and a left side mounted push button transmission box. The vehicle’s low ramp angle was a major deciding factor, too, since he wants to maintain as much manual independence as possible.

“When I made the decision to get the van, it went pretty quickly,” Steve explains. “I knew it was a good deal and I knew it wasn’t worth waiting and hoping a better deal comes along.

“It’s a surprisingly good ride and that makes me happy,” he adds. “And I’m not thinking anymore about how many transfers it will take not just to get back and forth to work but also if I want to go out on the weekends. I can do the ramp angle and I’m a lot less tired. I’m glad I made the choice I did.”

Steve Killilea figures he will work another five or six years in order to be eligible for full VA pension and benefits. From car toppers and bench seats to a lowered floor minivan, adapted vehicles have enabled him to work for nearly 30 years. He will be 56 or 57 when he retires. And he plans to still be driving the van.

Because these cookies are strictly necessary to deliver the website, refuseing them will have impact how our site functions. You always can block or delete cookies by changing your browser settings and force blocking all cookies on this website. But this will always prompt you to accept/refuse cookies when revisiting our site.